The result of a lifetime of study and devotion to healing, Contemporary Oriental Medicine (COM) has been formulated over eighty years of clinical practice from wisdom that reaches beyond the beginnings of recorded history. It is grounded in ancient medical knowledge that has evolved through the course of many centuries and has been developed further by Drs. Shen and Hammer to manage the challenges of the modern world.

COM fosters development of a level of perception and connection between human beings that can transform people even before any treatment begins, freeing them from the cages that restrict them in life.

As Dr. Hammer has said, “everyone wants to be heard, truly listened to, and understood.” Training in COM creates a practitioner who can listen in many ways, not only to what people say but also to how they say it, and even to what they avoid or don’t say. COM practitioners can draw upon exemplary diagnostic skills - pulse diagnosis, combined with an analysis of symptoms and medical history - giving them an ability to hear and understand what a patient truly needs. This results in a complete picture, encompassing the physical, mental, emotional and spiritual life of the patient.

COM is an insightful and profound journey into exactly what brought someone to the place, state or condition in which he presently exists. The transition from assessing a catalogue of symptoms to understanding a patient’s condition is an integral part of COM and its universally-applicable wisdom. Symptoms are messages from the body, indicating its deeper disharmony. If a practitioner only treated symptoms and ignored their true cause, he would ultimately create aggravation and further disharmony. For true healing to be achieved, symptoms must be examined and understood, and taken in the larger context of a patient’s condition. If a patient has a fever, his body is attempting to expel an external pathogenic factor. Suppression of the fever, while it may alleviate some unpleasant symptoms, will inhibit the body’s healing mechanism, allowing the toxin to penetrate more deeply. It is only when the source of the fever, in this case the pathogen, is addressed that recovery can begin. Symptoms are translated into conditions, and their causes, rather than their manifestations, take priority in treatment.

With this clarity and depth of understanding, the patient and practitioner together can formulate strategies to make true, lasting change possible: change that can alter the fabric of one’s life. This is healing, as it ought to be. 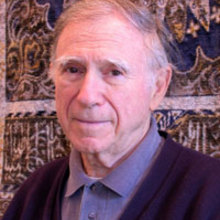 le life and career. He has a wonderful ability to think independently of establishment constructs, and because of this has made invaluable contributions to the world of medicine and healing. Born in 1924 in New York City, he served in the United States military during and after World War Two as a Navigator, Aerial Gunner, Captain and Physician. He attended Cornell University and Cornell Medical College, and then went on to study at the William A. White Institute of Psychoanalysis and Psychiatry.

Until 1971, he practiced psychiatry and psychoanalysis, directed a child guidance clinic and Drug Abuse Councils on the Southeast Shore of Long Island, taught at Adelphi University, and was Psychiatric Consultant and Associate Professor at Southampton College in Southampton, New York.

After working with Fritz Perls and Gestalt therapy for three years and with Alexander Lowen and Bioenergetics over a period of eight years, he began a study of Chinese medicine in 1971. For the next three years, he studied in England with Dr. J.D. van Buren.

In 1974, he began a twenty-seven year-long apprenticeship with a Chinese Master in New York City, Dr. John H.F. Shen. During this time, Dr. Hammer spent four months studying in Beijing, China. His study and work with Dr. Shen had a huge influence on his work, eventually leading him to develop what has become Contemporary Oriental Medicine.

In 1975, Dr. Hammer achieved certification to practice acupuncture in New York State and later also became a registered acupuncturist in Maryland, where he studied and taught at the Traditional Acupuncture Institute. In 1985 he was granted honorary ‘Diplomate in Acupuncture’ status by the NCCA.

Dr. Hammer has practiced Chinese medicine since 1973. He has lectured and taught in places as diverse as Spain, Poland, Italy, Holland, Germany, England, Australia, and Japan, as well as all over the United States. He served as a member of the Commission for Evaluation of Acupuncture Schools and was appointed a member of the National Blue Ribbon Committee for Initiation of the Herbal Examination. From 1991 through 1998, he was a member of the New York State Board of Acupuncture. In 2001, Dr. Hammer received an award as “Educator of the Year” for participation and contribution to excellence in education from the American Association of Oriental Medicine. In 2002, he received an award from the Traditional Chinese Medicine Foundation for “Building Bridges of Integration” between Oriental medicine and Western Medicine.

In April 2001, Dr. Hammer helped found Dragon Rises College of Oriental Medicine in Gainesville, Florida. He served as Chairman of the Board and as a faculty member, offering direction and guidance to students and practitioners. The school is distinguished not only by its strong focus on diagnosis, especially Contemporary Chinese pulse, but also by its curriculum, Contemporary Oriental Medicine. COM stresses psychology, along with a methodology for thinking in Chinese medicine, and integrates parts of various models including TCM and Five-Element into a unique whole. The College is accredited by the National Accreditation Commission for Acupuncture and Oriental medicine and licensed by the state of Florida to grant Master’s degrees in acupuncture and Oriental Medicine.

Dr. Hammer was first published on the subject of Chinese medicine in the American Journal of Acupuncture in 1980 and subsequently has written numerous articles on a range of subjects within the medical field. His first book, Dragon Rises, Red Bird Flies (Eastland Press, 1990) was also translated and published in Germany and Spain and has become a classic in the field. His second book, Chinese Pulse Diagnosis, A Contemporary Approach (Eastland Press, 2001), has been described as a seminal work. In 2008 his third book was published: The Patient-Practitioner Relationship in Acupuncture (Thieme). He has written a compendium of the herbal formulae of Dr. John H.F. Shen (Thieme, 2012, with Hamilton Rotte), and, most recently, Eastland Press published Dr. Hammer’s The Handbook of Contemporary Chinese Pulse Diagnosis (2012).

He has a great love of nature and ecology, and a passion for ensuring that all creatures are treated with equal respect and compassion. Dr. Hammer greatly enjoys sailing, kayaking, cross-country skiing, and tennis, although sometimes he is happiest just sitting and watching the birds, trees and mountains from his window. He is married with children and grandchildren and currently lives in Florida.

We suggest moving this party over to a full size window.
You'll enjoy it way more.
Close
Go Fullscreen